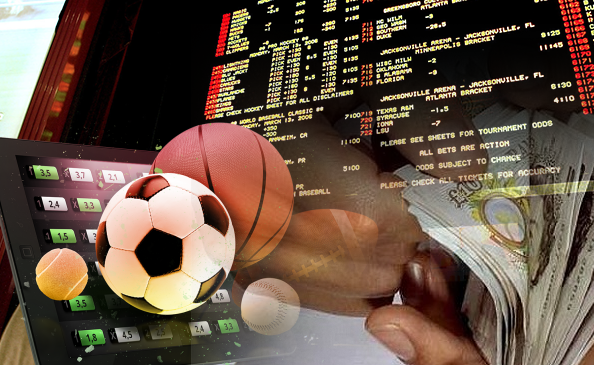 Anyone who had any doubts about the potential for success for the Arizona sports betting market, and there may have been a few, will now have had any qualms quashed by yet more impressive numbers that are coming from the Grand Canyon state.

In January, Arizona became the fastest state to reach $1 billion in revenue generated from its sports betting market, and those numbers continue to soar in the region.

The number of operators in the market has helped to boost that revenue generation, and if you reside in Arizona and want to know which of the regulated options is best, then we’d recommend checking out www.betting-az.com to see which benefits each of these offers its users.

The success of January is likely to be built upon further over February and March (those numbers haven’t been calculated as yet), and the future looks strong for the region. Ted Vogt, director of Arizona’s department of gaming, was enthused by those January numbers;

“With over half a billion dollars wagered in January, it is clear that Arizona has become a top ten event wagering market nationally,”

“A big thank you to Arizona Department of Gaming Staff and event wagering & fantasy sports stakeholders, whose work has contributed to the strong start in the state,” Vogt added.

Only New York has bettered Arizona’s numbers which is surprising given the size of the population. Eight states have now reached the milestone of securing $500 million and above from a single month of activity.

Interestingly 99% of sports bets made in the state were via mobile, and those January numbers represented a 12% increase on December, which in itself was a month that saw $499 million wagered.

“Arizona’s quick ramp-up has been a function of great timing, local enthusiasm, and an attractive regulatory framework that has appealed to nationally known sportsbookoperators,”

Ramsey also believes that the knowledge provided by other states has helped Arizona to avoid potential pitfalls in the industry;

“Major operators have had nearly four years of practice launching new markets, as legalization has marched across the US, and Arizona has been a beneficiary of that know-how,” Ramsey added.

One critical additional reason is the amount brands are spending on promotions used to entice new users, which exceeded $20m in promotional credits in January.

Clearly, this is a sign that the providers are happy to take a calculated risk to ensure the business provided by the high lifetime value of each and every player.

A number of states are going through the relevant regulatory process to legalize sports betting, but one that has once again fallen at the regulatory stage is Kentucky, where it appears the bill to pass any such law is considered dead.